Baseball has traditionally been a safer sport than other games like football and hockey, though players have sometimes been seriously injured by a thrown ball.

This was particularly true of those at-bats who typically face some wild, fast pitches.

And, keeping in mind that it wasn’t that long ago when players only wore baseball caps, one could be forgiven for asking ‘why do baseball helmets cover one ear’? It’s a bit like just wearing half a helmet.

Some explanation is needed here.

The reason baseball helmets have one ear flap is simply to protect that ear from oncoming fastballs while the less vulnerable exposed ear can hear coaches shouting instructions.

As an Avantlink and Amazon Associate, we earn from qualifying purchases. Disclosure Statement.

Why Do Baseball Helmets Cover One Ear?

Baseball helmets, also called batting helmets, with one ear flap have made appearances throughout the history of baseball but players were reluctant to wear them. Professional players said they could see the flap in their peripheral vision and it was distracting.

The reason baseball helmets have one ear flap is simply to protect that ear from oncoming fastballs while the less vulnerable exposed ear can hear coaches shouting instructions.

Major League Baseball (MLB) sets the standard for what all baseball teams wear, so mandates required by the MLB are passed down to lower-level teams and leagues.

MLB created a rule in 1983 that new players must wear a helmet with at least one ear flap. The NCAA (National Collegiate Athletic Association) and the NFHS (National Federation of State High School Association) required certified batting helmets beginning in 1985.

They were joined by all major youth team organizations including USA Baseball, ASA, Little League, and softball leagues.

Veteran players could still wear a helmet without earflaps, and any player in MLB could choose to wear one with double ear flaps, but that was voluntary.

NOCSAE (National Operating Committee on Standards for Athletic Equipment) is the agency that sets the testing and performance standards required by manufacturers of baseball helmets.

Batting helmets have been around since 1905 but have faced some opposition from players because they were cumbersome and not very comfortable.

The first crude attempts were synonymous with putting a boxing glove around the head. Some players, like Roger Bresnahan, created their own after being injured. Bresnahan came out with his personal batting helmet in 1908.

Willie Wells, who played in the black baseball league in 1936, started wearing a construction hard hat he adapted for the game after being knocked unconscious by a ball to the head.

Mickey Cochrane became a helmet advocate after he nearly died by a pitch in 1937. The injury ended his career. Philadelphia Athletics and the Cleveland Indians started using helmets a week after Cochrane was injured, becoming the first MLB teams to test the idea.

Helmets with two ear flaps, created by the Little League, made it to MLB when player Jim Lemon wore one in 1960. While these were used a lot in lower-level baseball, they weren’t often seen among professional players.

New helmet models came out in 2005 in an attempt to mix safety with comfort. These helmets had vents on the back and sides and larger ear-holes than previous models. Most newer players wore these.

MLB started requiring coaches to wear helmets in 2008, even though some coaches opposed the new rule. The new mandate was prompted by the 2007 death of Mike Coolbaugh, a first-base coach for the Tulsa Drillers who died after being hit by a ball.

How to Pick a Batting Helmet

There are several things to look for when picking a batting helmet, including:

Helmets need to fit comfortably and remain snug. Don’t be influenced by cheap prices, always buy the best quality helmet that is within your budget.

Remember, a batting helmet is the most important piece of safety equipment you can invest in. It isn’t something you want to skimp on.

The batting helmet debate has been around almost as long as the game of baseball itself, but the foundation of the discussion is player safety. Players want comfort as well as safety and some find the one-flap style provides more comfort while still protecting the most vulnerable parts of the head when at the batter’s box. 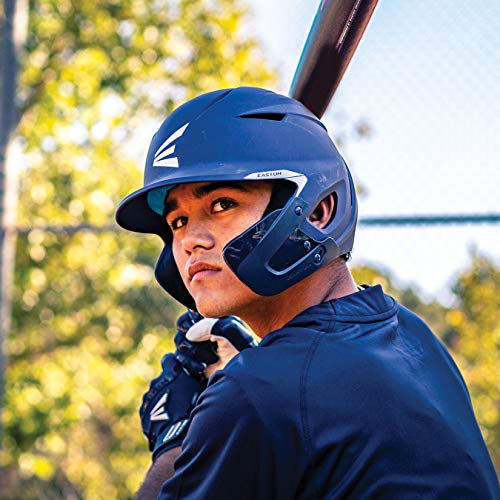 Brian describes himself as a former all-around sports guy who was into just about everything. From college football and hockey to individual 'fun' such as snowboarding, water skiing, and tenpin bowling. Nowadays, due to an expanding waistline, he has become a full-time spectator. He works part-time telecommuting as an IT Support Technician, the other part of his time is spent freelance writing for private clients. Brian has 2 teenage boys who are right into football, and a daughter who enjoys inline skating. Brian's wife Elena is also a freelance writer.

link to What Are Dual Certified Helmets?

Dual Certified helmets are just what they sound like, helmets that carry dual certification and are designated for use for more than one sport or activity. They’re incredibly convenient as well,...

Online shopping has been with us for several years now with many people being regular online shoppers while others are still testing the water and not quite sure how to buy online. Unlike buying...