According to the Snell Website, “The Snell Foundation, Inc. is a not-for-profit organization dedicated to research, education, testing and development of helmet safety standards.”

William ‘Pete’ Snell was an amateur sports car racing driver. Following a racing event in 1956, he died of head injuries sustained in a crash when the helmet he was wearing failed to protect his head adequately.

Following this tragic event, the Snell Memorial Foundation was established and has been a leader in helmet safety in the United States ever since.

Using scientific and medical research, standards development, helmet testing, and public education the now Snell Foundation continues to ensure helmets are of the highest performing standards they could be.

As an Avantlink and Amazon Associate, we earn from qualifying purchases. Disclosure Statement.

What are Snell Rated Helmets?

Snell rated helmets are helmets that have been tested and certified as passing Snell’s testing.

Rather than just meeting legal requirements for sale, Snell rated helmets undergo thorough testing procedures which have been created in line with the Snell Foundation’s mission of helping to develop the highest possible safety standards for helmets.

A helmet manufacturer does not need to legally be approved by the Snell foundation in order to produce and sell helmets in the United States. DOT FMVSS 218 is the standard that manufacturers need to meet as set by the National Highways Traffic Safety Administration.

However, the general consensus is that Snell approved motorcycle helmets are more effective against head injuries than one that meets DOT’s minimum requirements.

Up until 2019, Snell approved helmets were accepted for use by professional racers in MotoGP, however since 2019 FIM (Fédération Internationale de Motocyclisme) will only accept helmets that meet FIM Racing Homologation Programme standards as announced by the Grand Prix Commission in November 2018.

Snell’s latest standard is called M2020D or M2020R. Most Snell-certified helmets in the US will be awarded the D certification. The M2020R standard is awarded to those helmets that are also approved for use in Europe.

The Snell Foundation are not funded or sponsored by any helmet manufacturers and therefore maintain their independence which helps them to gain trust and endorsements from the public.

There are 6 stages helmets need to pass in order become Snell Certified:

The 6 stages of testing above are the only tests required for standard motorcycle helmets.

Should a helmet pass all of the 6 stages it will be deemed as Snell certified and the manufacturer can sew in the Snell certification label to the inside of the helmet. Snell will continue to test the model of helmet throughout its variations and production run to ensure it maintains the standards by which it was Snell rated.

The DOT FMVSS 218 standards are the minimum requirements manufacturers have to meet in the United States. DOT testing consists of an Impact Test, Penetration Test and Strap Retention Test. The helmets tested are conditioned to 4 different environments (humidity, water immersion, low and high temperature) and need to perform in all of them in order to pass.

Snell has 6 stages of testing, they use heavier weights in their impact and strap retention tests and simulate the tests closer to real riding conditions. For example the impact test used by the DOT standards require the helmet to be hit with a flat and round anvil above a test line; Snell drops the helmet with a dummy head inside on to surfaces that resemble tarmac etc and do not restrict where on the helmet the impact is tested.

The Snell Foundation will argue that their testing procedures are more in depth and scientifically accurate than those laid out by the Economic Commission for Europe; the European standards are known as ECE 22:05 and are applicable not just within Europe but to many countries worldwide including Australia.

ECE testing procedures are very similar to that of Snell and include the conditioning of helmets that DOT requires; in fact they take it further and test the helmets when they are subjected to Solvents and Ultraviolet lights.

The European regulations govern all helmets that are to be manufactured where the ECE 22:05 applies so in the sense that manufacturers need to legally meet these requirements they are similar to that of DOT.

There is some discrepancy between Snell and ECE 22:05 standards as to which is the most efficient testing and some arguments about the science involved. More recently it has been acknowledged that helmets that flex upon impact to absorb energy are far more effective at preventing head injury than those that are very solid and hard.

Critics of Snell will say that the penetration test that helmets need to pass require them to be very hard shells which is not in line with modern science. Snell counteracts this by saying the impact test is the one that tests how much energy the helmet absorbs and the helmet needs to pass both in order to get Snell rated.

Fundamentally with the new Snell M2020R standards coming into play where helmets will meet both Snell and European requirements, helmets that pass either Snell or the ECE standards are of a pretty high standard compared to that of DOT.

Snell updates their standards for testing helmets every 5 years, they do this based on new research findings and technology that may have been newly developed within that time period. It is also in line with the theory that you should change your helmet every 5 years (there are some important factors to which this can change, such as if you drop your helmet).

There has been very little change between the 2015 and 2020 standards laid out as the 2015 standards were of a very high standard. The fundamental difference is that there are now two sets of Snell standards: M2020D and M2020R. The D rating will apply to helmets just for the US and the R will be applicable to helmets that also meet European standards.

It could be argued that M2020R is Snell’s attempt to remain relevant in a world dominated by ECE 22.05 and FIM.

Q. Is Snell better than DOT?

A. To obtain Snell certification a helmet is subjected to a much more intensive testing than that which is experienced when getting tested for DOT approval.

However, not all manufacturers put forward their helmets for Snell testing as they have to do so at their own cost. Therefore, it is possible that some helmets that are DOT approved would be just as efficient as those which are Snell certified.

Yet, helmets that pass Snell testing are generally considered more effective than those that just pass DOT.

A. The very fact that motorsport participants are required to use a Snell approved helmet as opposed to a DOT approved helmet, may imply that a Snell certified helmet will do a better job at protecting your head.

To pass Snell standards for certification a helmet undergoes tests that are more representative of real road conditions. An example of this being for the impact test: the helmet is tested by being dropped from multiple angles with no restriction of having the impact above a ‘test line’ on the helmet as with the DOT test.

The flaw of the DOT impact test is that the helmet can be reinforced above the test line by the manufacturer to pass the impact test; below that line which is around two thirds of the helmet, it could be much weaker and the DOT standards don’t test that area.

It is on this test alone that I feel Snell approved helmets are safer as the whole helmet is tested and there is no loophole for manufacturers to work around to get their helmets through this stage of the test. I would rather wear a helmet that is protective of my whole head rather than just the top third.

Snell tests modular helmets as if they were a full-face helmet and held to the same standard as one, this can cause problems for modular helmets as the chin bar mechanism will be tested and expected to perform as if it is part of the solid body of the helmet.

Ride Apart conducted an interview with Edward B. Becker, Executive Director of the Snell Memorial Foundation to which his response when asked about modular helmets was that he wanted to test modular helmets and would like manufacturers to put them forward for testing.

It is worth noting that there are some ECE 22:05 approved modular helmets that are also DOT approved. With ECE standards being much more efficient than that of DOT, if you are looking for a modular helmet specifically, maybe purchasing a model with both ECE 22:05 certification and DOT is the way to go. 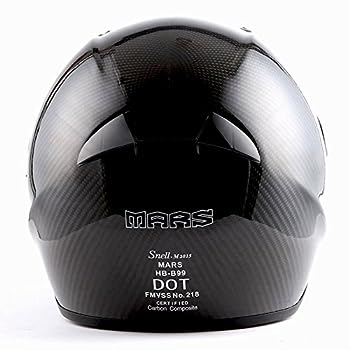 Q. How do you know if a helmet is Snell approved?

A. If a helmet has been Snell approved it will carry a certification label on the inside.

An easy way to check if a particular model helmet is Snell certified is to go to the Snell Foundation website and search for the helmet model. Snell maintains a list of all helmets approved with the Snell rating. You can find the search page here.

Emily is passionate about all things two wheels and sometimes three. Motorcycles are in her blood with her Grandfather and Great Grandfather having worked for the likes of Suzuki and at the original BSA factory in Birmingham, UK. Emily spent several years working in a motorcycle clothing and accessories store listening to customers and kitting them out to meet their needs. Today, if she isn’t riding or planning out a build, she spends her days writing about motorbikes. When not doing any of the above she can be found with a guitar in hand or working on commission-based illustrations of, yep you guessed it, motorcycles. http://www.bobblys.co.uk/

link to Are Helmets Required In Florida?

Florida has had one of those on-again, off-again relationships with motorcycle helmets for several decades now until they finally reached a point where the dust has seemingly settled. While...